by Self Healing Institute | Products

Peanut butter is a versatile, protein-rich food staple that is used in everything from baking to spreading it on a piece of celery. While peanut butter has been a favorite food for over a century, almond butter is becoming a popular alternative.

We’ll take a look at the differences between the two nut butters and give you a few best of each to try spreading on a slice of bread.

According to the National Peanut Board, the ancient South American Inca Indians were some of the first people known to grind peanuts to make their own version of peanut butter. The peanut butter that we know today was created in 1895 by Dr. John Harvey Kellogg, who is also known for the Kellogg cereal brand.

The peanut butter spread was developed as a protein option for Kellogg’s older patients who couldn’t chew meats or other high-protein foods. In 1904, Kellogg’s peanut butter made its debut at the World’s Fair in St. Louis. Peanut butter continued to become an even more popular food staple during the first and second World Wars.

While almonds have been around for nearly as long as peanuts, there’s no clear answer as to when almond butter was “discovered.” If you’ve spent any time in a grocery store in the last decade, you’ll notice how popular almond butter has become, and it truly appears to be a worthy opponent of the ever-popular peanut butter.

If you’re looking for a protein-rich food that can give you a little boost of energy, you probably know that eating a handful of nuts is an excellent and healthy option (assuming you eat them in moderation). If you love peanut butter but think you should explore something healthier, you might think that almond butter is a better choice.

When looking at almond butter vs. peanut butter, you’re probably most interested in how they compare nutritionally.

Not only are nut butters, like peanut and almond, provide a great source of protein but they also have healthy amounts of monounsaturated fat. Before you worry about fat intake, remember that monounsaturated fats are heart-healthy and may even lower your blood cholesterol levels or reduce your risk of stroke.

Worried about calories? Each butter contains about the same amount of calories per serving size (which is less than 200 calories per two tablespoons).

Peanut butter contains about 3.3 grams of fat per tablespoon, while there are 5 grams in the same amount of almond butter. When it comes to protein, both butters have nearly the same amount, but there’s a little bit more in peanut butter.

Now that you know more about the differences between the two nut butters, are you ready to do some taste testing? Here are some of our top choices of each type that we think are definitely worth a taste.

How We Choose Our Ratings

If you’ve shopped around at any grocery store, whole foods store, or even membership-only warehouse club, you have probably come across dozens of brands of peanut and almond butter. With so many options to choose from, you might be wondering how we are able to narrow down our top choices to give your our favorite 5 of each type of butter.

We spend time doing research, reading customer reviews, and even some taste tests. We consider all feedback, even if it’s negative, and we see what the general public has to say about a specific brand of peanut or almond butter.

After we’ve gathered enough information, we use our five-star rating system to give our products a rating. What does a five-star rating mean? This is typically the best of the best, and it had to exceed our expectations and received overwhelmingly positive feedback from customers.

We might not give all of our products a five-star rating but that doesn’t mean that they aren’t a great option to consider; our rating simply means it’s not our “best” pick. Now that you have a better understanding of how our rating system works, let’s take a look at our top choices for peanut and almond butter.

Our Top 10 Picks For Almond Butter and Peanut Butter 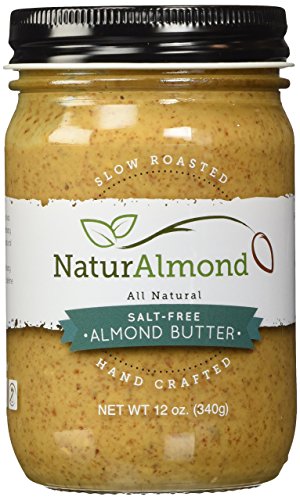 Users of this almond butter like that there are no added ingredients, just almonds. Many say that it’s easier to spread than competing brands. Others like that there is no refrigeration needed, and it’s easy to stir (which is sometimes necessary).

Users who did not enjoy this almond butter complained about the taste and thought that the consistency was too chunky. 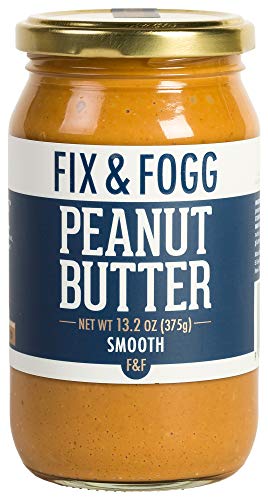 Fix & Fogg makes a variety of peanut butter blends, which include dark chocolate and super chunky, but we chose the smooth peanut butter because it had overwhelmingly positive feedback.

Fix & Fogg is a handmade peanut butter that is manufactured in Wellington, New Zealand. The peanuts are Argentinean hi-oleic peanuts, and the sea salt is from New Zealand. This creamy blend of vegan-friendly and non-GMO peanut butter has no added sugars or other ingredients.

Users of this peanut butter love the consistency (even though it’s not “completely smooth”) and the taste. Many commented that it tasted better and different than peanut butters available at U.S. stores.

The few complaints were in regards to broken jars upon arrival and the “gritty” texture (rather than completely smooth).

Fix & Fogg makes a variety of peanut butter blends, which include dark chocolate and super chunky, but we chose the smooth peanut butter because it had overwhelmingly positive feedback.

Fix & Fogg is a handmade peanut butter that is manufactured in Wellington, New Zealand. The peanuts are Argentinean hi-oleic peanuts, and the sea salt is from New Zealand. This creamy blend of vegan-friendly and non-GMO peanut butter has no added sugars or other ingredients.

Users of this peanut butter love the consistency (even though it’s not “completely smooth”) and the taste. Many commented that it tasted better and different than peanut butters available at U.S. stores.

The few complaints were in regards to broken jars upon arrival and the “gritty” texture (rather than completely smooth).

Other Top Picks For Almond Butter

Now that we’ve given you our “best” picks for almond and peanut butter, here are some other almond butters worth checking out. 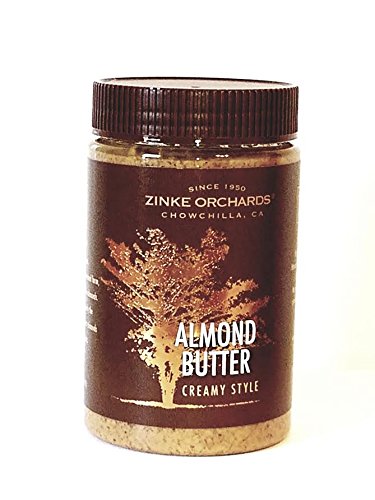 Users of the almond butter like the smooth consistency and comment that even though it is a “bit gritty” it’s smoother than other almond butters they have tried. The butter is easy to stir, and the natural separation is minimal. 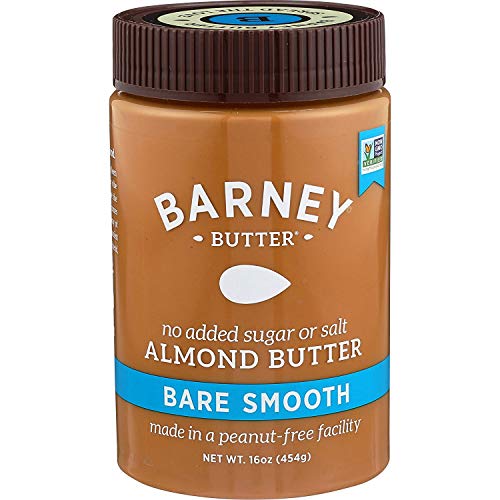 Some users of Barney Butter almond butter were initially nervous about the almond butter because it looks very similar to peanut butter (and some users have allergies). After calling customer service, they found out that the almonds are ground without the skins, which helps with the creamy texture.

Users who didn’t like this almond butter complained of the “waxy” texture of the oil and had issues with damaged packaging.

Like many nut butters, MaraNatha is available as a creamy or crunchy almond butter. The company manufactures “small batch roasted” almond butter in a no-stir recipe. This almond butter is made with non-GMO dry roasted California almonds. Other ingredients include organic unrefined cane sugar, palm oil, and sea salt. 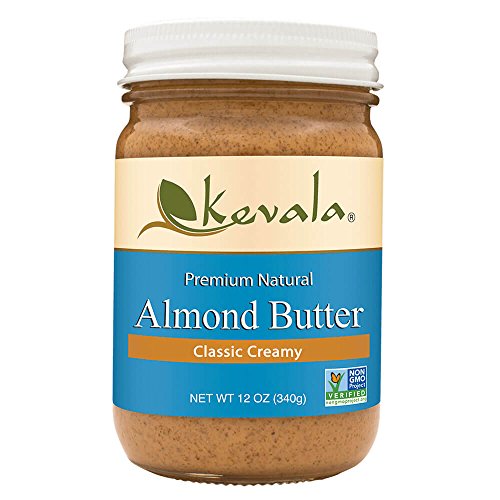 Kevala Almond Butter is another all-natural formula that contains nothing but dry roasted almonds from the U.S. Available in creamy or crunchy, the butter is easy to stir, and no refrigeration is needed, according to Kevala.

Users of the almond butter love the “no-nonsense” all-natural butter and think it’s one of the best almond butters on the market. Other users complain of gritty and chunky textures (in the creamy butter), and many thought the price was too high for the size of the jar.

Other Top Picks For Peanut Butter

Are you more of a peanut butter fan? Check out these other top choices. 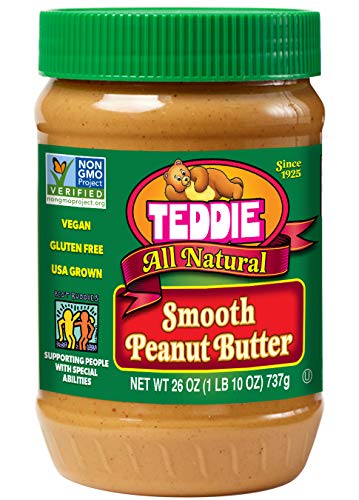 Teddie brand all-natural peanut butter is a top-selling brand in the Northeastern United States and has been a family-owned company since 1925. The peanut butter is non-GMO, vegan-friendly, contains no preservatives or added sugars, just the U.S. grown dry-roasted peanuts and salt.

The manufacturer recommends to stir the contents of the jar, tighten the cap, and then place in the refrigerator; this will keep oil separation from occurring after you open the jar.

Users love the taste of this natural-style peanut butter, and many have been buying it for years. A majority of the complaints were in regards to the salt content being too high or having a damaged product. 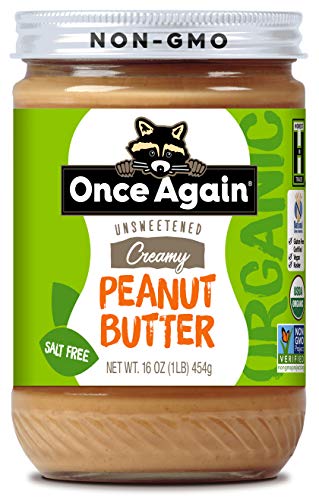 Looking for an organic, all-natural with no added ingredients? Once Again has decades of experience making peanut butter and it may be a great choice for you. Depending on the blend you choose (such as “no stir”), the peanut butter may contain palm oil.

Many users like how “spreadable” this natural peanut butter is and some think that it’s “runnier” than other brands but like the consistency. Some users who complain about Once Again peanut butter think that the formula has changed over the years and was less satisfied with the taste. 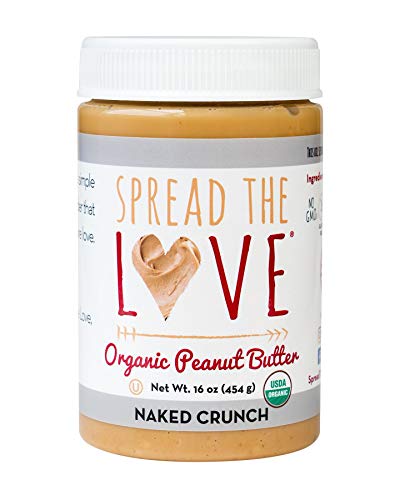 Users love that it’s organic and all-natural. For many of the users, this was their first “real” peanut butter instead of big names like Skippy or Jif. Users who didn’t like the peanut butter were unhappy with the taste, and some said it was too difficult to stir. 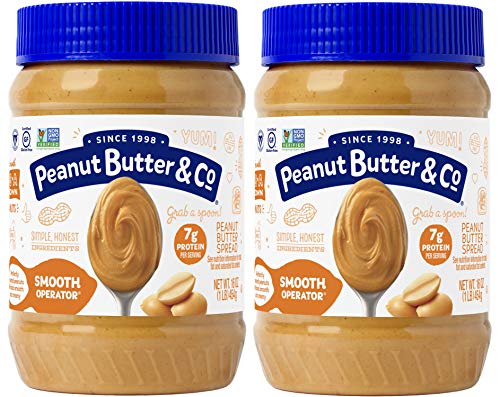 Even though we gave you ten of our top picks, you’ll find that there are dozens of more brands of almond and peanut butter that you might want to check out. The most important thing to consider, when choosing a nut butter, is to read the ingredients list and nutritional facts. While almond and peanut butter are very similar nutrition-wise, every butter may be made differently.