Quinoa Vs Rice: Which One Is Better?

by Self Healing Institute | Products

Quinoa Vs. Rice: Which Is Better?

Both quinoa and rice have been used to feed people for centuries. However, rice is more familiar and commonly enjoyed around the world. Quinoa is an ancient grain which has become reintroduced as a source of dietary fiber and nutrition.

Rice is a grain that has been documented for being harvested and eaten as early as 2500 B.C., according to the University of California Davis. Rice has its origins in China, but the grain spread through Asia, Europe, and eventually spread to Africa and South America.

Unlike rice which is a grain, quinoa is, in fact, a pseudo-cereal grain. Quinoa has been cultivated by the Incas since 5,000 years ago, and the superfood plant is related to spinach and the sugar beet.

When comparing quinoa vs. rice, there are a few points to consider.

Depending on whether you are trying to lose weight, want to reduce your carbohydrate intake, or are looking for a cost-effective plant-source of nutrition, you may want to choose quinoa vs. rice.

What Is Quinoa Vs Rice And How Does It Work

When comparing the difference between quinoa vs. rice, you need to look at digestibility, calorie count, fiber, protein, and how it functions in your body. Certain plants provide more desirable vitamins, nutrients, and minerals.

Quinoa is predominantly grown in countries such as Peru, Bolivia, Ecuador, Colombia, and Argentina. Quinoa thrives best in the thin soil of the high plains where there is little rainfall.

Quinoa is essentially small seeds packed full of protein, and can be used to make porridge, chili, or added to salads. Individuals who live with health conditions such as celiac, or anyone eschewing gluten in their diet have appreciated this plant as a source of nutrition that is a healthy alternative to rice.

Eating quinoa provides a host of benefit for heart health, weight loss, and leaves you feeling fuller than rice because of its substantial amount of protein and fiber.

Before consumers can dine on quinoa seeds, the coating needs to be removed because of its bitterness.

Rice is a go-to crop and officially a true grain that millions of people worldwide rely on daily for their nutritional needs. Rice is much cheaper than quinoa, more familiar in the marketplace, and can be grown in more locations than South America alone.

According to sources like Think Rice, nearly 2/3 of the human population sustain their lives by eating rice.

Rice is predominantly grown in countries like India, China, and Vietnam, but it is also grown in US states such as Texas, Louisiana, and Mississippi.

There are numerous brands of rice, and the staple crop is readily found at most grocery stores. Consumers can find short-grain rice, enriched rice, long-grain rice, basmati rice, brown rice, and more.

What Makes Quinoa Vs Rice Unique?

Overall, quinoa is not as inexpensive as rice as a dietary staple because the high demand for this unique ancient crop has caused the price to surge. However, many suppliers are happy to provide quinoa in various outlets and stores, and US growers have sought to find ways to cultivate the plant without relying on South American growers.

The seed of the quinoa plant is not the only source of edible nutrition, as the leaves of the plant can be eaten in a salad.

The quinoa plant can thrive and survive in colder weather, despite drought, high levels of salt, wind, or frost. Quinoa is a crop that is hardy enough to tolerate areas of high risk and is not as water intensive as rice.

Additionally, quinoa is unique because of its natural defenses against pests such as birds and insects, thanks to this plant having a coating of saponin.

Quinoa may not be sold by itself, and some companies offer the seed as an addition to other alternative grains or served alongside rice.

Rice needs a lot of water to be cultivated, whereas quinoa needs a specific harsh environment to grow well and prosper.

Most people know about rice and how it provides significant energy from carbohydrates, offers some protein, and that it is easy to prepare as a meal. Quinoa has not necessarily shared the same popularity and embrace by the world, thanks to high demand driving the price up,  and the learning curve for preparing quinoa.

Rice has a chewy texture, cooks quickly, and can be used to prepare rice milk, rice cereal, and a host of other consumable products. The quinoa plant is predominantly known for its unique fiber and protein-rich seed, although the leaves of the plant can be eaten as well.

Quinoa is a lot more pricey than rice. Since quinoa is not a true grain, has been subject to increased demand because of changing food trends, and is predominantly grown in Peru and Bolivia, the price tag is higher than an equivalent amount of rice.

Rice can be grown and harvested in a lot more environment worldwide, so it is a lot more inexpensive to produce than quinoa. Quinoa is very specific for it to be successfully cultivated and harvested.

The average cost of white rice retails anywhere from 89 cents to 1 dollar a pound. Brown rice and forbidden rice are significantly higher. Black rice retails for $5 to $7  a pound because of its higher demand and rich nutritional content.

The average cost of quinoa is $4.50 to $8 a pound. Depending on the brand of retailer offering quinoa and consumer expectations for quality and processing, the price is considerably high.

Many health-conscious individuals, vegetarians, and vegans may feel that quinoa is a lot healthier and worth the higher cost, vs. eating rice.

Rice is a tasty and straightforward choice. Unlike quinoa, which has a somewhat nutty flavor, rice is easily flavored with added spices, and is commonly enjoyed by itself as a meal, side addition, or used to make unique and fun desserts like rice pudding or mochi.

Rice does get a bad reputation by some individuals because of the higher amount of carbohydrates, trace amounts of arsenic, and that it doesn't leave you feeling full for too long.

Individuals who are dieting or want a diet that encourages weight loss may choose quinoa vs. rice.

For the most part, it seems like quinoa has fallen under the umbrella as a health food discovered for its nutritional content, superfood status, and as a versatile ancient grain that can replace rice or pasta. Quinoa may seem to be more fussy to those who are unfamiliar with the seed or are taken back at the high cost per pound compared to grains like rice.

Quinoa still needs to work on its reputation to become more familiar by outsiders of South America and the health-conscious world. Similar to chia seeds and kale, some people look at quinoa as another food trend item that has taken advantage of gullible consumers.

Despite the beneficial contents of quinoa, replete with protein, fiber, antioxidants, and healthy fats, some people don't know how to include quinoa in their diet. The idea of replacing meals or cooking with an unfamiliar plant-food can be off-putting for some consumers, and the price inhibits the plants accessibility at large.

Rice is a safe bet for many people, and the price point is more than affordable. Unless an individual has concerns about consuming too many carbs, or stresses about environmental cost because of how water-intensive rice is for cultivation, rice is more popular than quinoa.

Enriched rice does offer some protein, and the grain has some versatility. Rice dishes are standard throughout the world, and rice can be prepared in a method that gives you something savory or sweet to eat. Rice additionally can be used to make a natural glue, plant-based milk, cereals, and paper.

When it comes to quinoa, it is one of the few plants sourced as food which contains all of the nine essential amino acids. For every cup of cooked quinoa, you can enjoy up to 8 grams of protein. Compared to rice, quinoa is a good plant-food for diabetics, helps with weight loss, and leaves you feeling fuller longer.

Since quinoa has a high level of betaine, it is good for the health of the liver and the heart. Compared to rice, quinoa also has a higher count of magnesium and potassium, which is helpful for maintaining a healthier blood pressure level, and supports lung function. 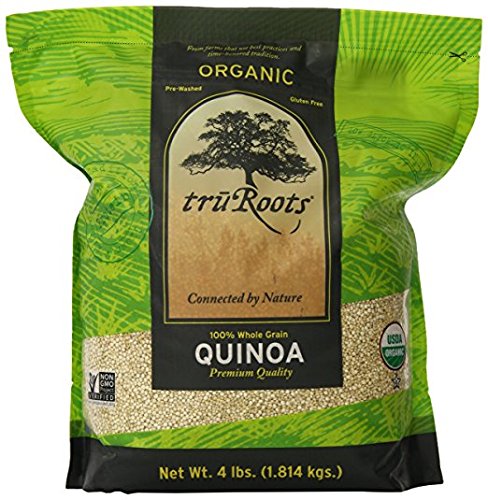 Rice is a staple crop for many people worldwide, with white rice being the predominant form consumed.

However, there are strains of rice available such as brown rice and purple or black colored rice. Purple or black-colored rice which has also been termed "Forbidden rice" was once only available to nobility as it contains significant amounts of nutrients, vitamins, and healthful qualities.

Forbidden rice is the only form of rice that contains anthocyanin and the antioxidant vitamin E.

Overall rice is a very inexpensive grain and retails for around a dollar per pound. Brown rice is a bit more expensive than white rice, and black rice is the most expensive available. 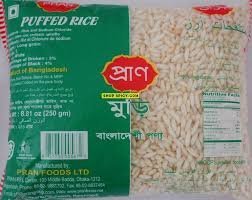 Depending on your dietary needs and what essential nutrients you are looking to include in your life, you may want to skip out on rice and choose quinoa. If you have concerns about cost but are still concerned about your diet, you can add complementary foods to support your health alongside a cup of rice to ensure a balanced diet.

If you want to lose weight, are conscious about carbohydrates,  and want a lot of antioxidants, you may want to choose quinoa. Quinoa is a good alternative for anyone who wants to eschew rice and pasta in their diet and needs a filling plant source of nutrition that is gluten-free.

Quinoa is popular with gluten-intolerant individuals, vegetarians, vegans, and certain individuals with dietary or allergen concerns. You will pay a higher price for quinoa, and the brands that offer the seed are significantly lower in number than providers of rice.

You may have to scout out a retailer for quinoa, as not all grocery stores may offer this unique ancient grain and superfood.

If you are more budget conscious, rice is a trusted staple that is eaten the world over. Out of concerns for sheer cost-effectiveness, rice is versatile and able to provide you with substantial nutrition.

Depending on your dietary needs, lifestyle, and budget, you can make the best decision for your nutritional needs choosing either quinoa or rice. Some people may be turned off by the texture and nutty flavor of quinoa, while others may fall in love. If anything, it doesn't hurt to try something new at least once, before choosing which plant nutrition is best.

Bob's Red Mill is a trusted brand for alternative grains like quinoa, and there are coupons available for this product on All Natural Savings. Coupons for favorite brands of rice like Uncle Ben's and Carolina are available online as well. Most grocery stores may offer paper circulars with rice as an everyday staple available at a sale price. Quinoa is more likely available on sale at specialty or health food stores.